Jack Riege, one of the two founding members of Reid and Riege in 1950, was known for being a high energy, creative and highly effective attorney. He was deeply concerned about the development of the firm, including its institutional fabric and values. Jack had a strong commitment to the Hartford community and felt very strongly that it was important for individuals and institutions to give back to the communities from which they derived their livelihood. He served on countless charitable, civic and religious boards. A consuming interest of Jack’s was Riverfront Recapture, a nonprofit corporation which works diligently to provide access to the Connecticut River. Jack was one of Riverfront Recapture’s founders in 1981 with a few other business leaders and he served as President, Chairman and Director. For his extraordinary contributions, Jack received the prestigious John H. Filer Award from the Connecticut Council for Philanthropy in 2006. In addition to his individual contributions, Jack and others in the firm established the Reid and Riege Foundation in 1971 to provide grants to community based organizations in the greater Hartford area. The firm has lost a great friend and colleague. Jack will be missed by everyone at Reid and Riege and by those in the Hartford community. 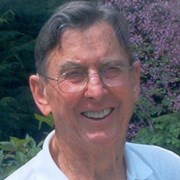 For Important Legal Updates and Resources on the Coronavirus Click Here.